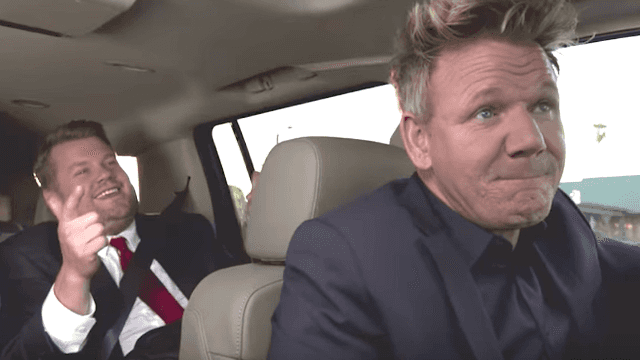 James Corden is taking The Late Late Show to London for three special episodes, and the talk show host employed the help of fellow Brit Gordon Ramsay to navigate the notoriously awful LA and drop him and his bandleader Reggie Watts off at LAX for their flight abroad.

Although dropping a friend at the airport is a pretty nice gesture, Corden and Watts decided to make the car ride hell for the hot-headed celebrity chef by provoking him nonstop. It didn't take long for the cuss words to start flying.

Ah yes, that is only slightly less annoying than two kids asking "are we there yet?" on repeat for hours on end. Ramsay probably only agreed to this stunt to promote his show The F Word, which has been on in the UK since 2005, and finally premiered in the US this past May.