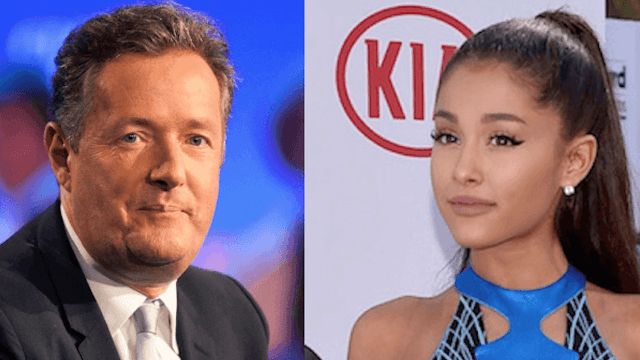 Hell freezes over as Piers Morgan apologizes for being a d*ck to Ariana Grande.

Let the record show that yesterday, June 4th, 2017, Piers Morgan, journalist, talk show host and ass-hat extraordinaire, has admitted that he was wrong and apologized publicly for scrutinizing Ariana Grande's behavior in response to the terrorist attack at her Manchester concert that killed 22 last month.

Following the attack Grande, reportedly distraught, tweeted her condolences, canceled future concert dates, and flew home to Florida to be with family.

It is understandable that Grande wanted to be with family during this difficult time, but Piers Morgan, who never misses an opportunity to say something profoundly stupid, criticized the singer's actions in a very public way.

After someone commented about the Queen visiting the victims of the bombing in the hospital (note: she lives in England and is a public figure, so this is part of her job), Morgan chimed in to express his disappointment that Grande didn't do the same.