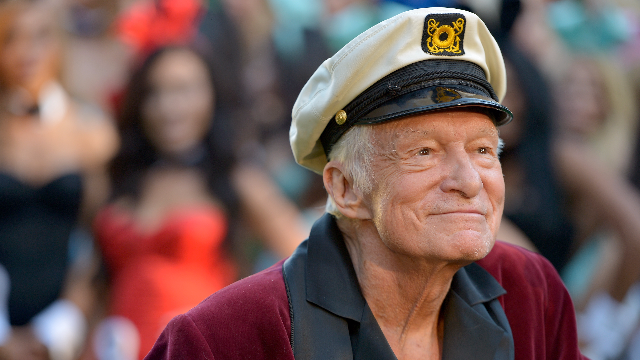 Hugh Hefner is buried right next to Marilyn Monroe.

After a private funeral in Los Angeles on Saturday, Hugh Hefner, founder of Playboy, is in his final resting place. The spot? Right next to Marilyn Monroe.

TMZ reports that Hugh Hefner bought the burial plot next to Marilyn Monroe all the way back in 1992 for $75 thousand. The choice is poignant: Monroe was the first Playboy covergirl in 1953, and much of the magazine's immediate success was owed to her.

The gravesite is in LA's Westwood Memorial Park. As the Los Angeles Times reported in 1999, the crypt originally belonged to Monroe's ex-husband Joe DiMaggio. A space occupied by Richard Poncher was sold by his wife Elsie to pay off her million-dollar mortgage. She originally listed the plot on Ebay for $500 thousand. Eventually, with a lowered price, it sold to Hefner.

If Hefner's goal was to be buried next to an icon, he'll have plenty of celebrity company to choose from. The paper reports that Natalie Wood, Dean Martin, Rodney Dangerfield, Merv Griffin, Mel Torme, Truman Capote and Farrah Fawcett are all buried at Westwood.