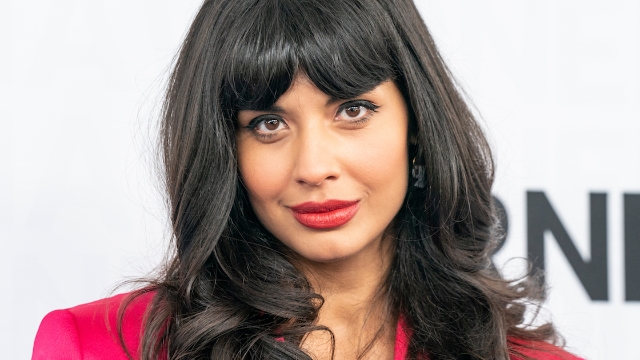 Jameela Jamil criticized for sending pics of naked men to stranger who asked her for nudes.

Jameela Jamil, star of The Good Place, is a woman with a huge platform and strong opinions. So, naturally, she is often at the center of controversy (a nice way of saying people won't leave her the F alone).

Her most recent controversy involved her response to a male stranger—with a baby in his profile pic—who asked her to "send nudes." So she put him on blast.

She also did what he asked—technically. But instead of sending her own nudes, she sent nude pics of two (unidentified) men.

"Don't ask me for nudes," she wrote ominously on Twitter, along with screenshots of the pics she sent.

If Jamil were less famous, it's likely that this hilarious interaction would've earned her a parade of "yassss queen"s and "LOL"s. To be fair, she did receive a fair amount of laughter and praise.