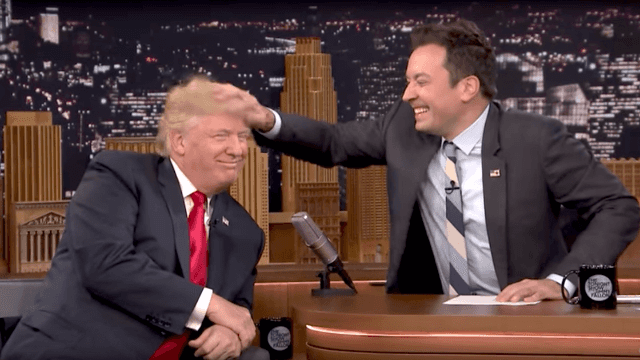 Jimmy Fallon was 'devastated' by the backlash from his infamous Trump interview.

Tonight Show host Jimmy Fallon was the subject of internet backlash back in September when he conducted a friendly interview with then-presidential candidate Donald Trump. The segment drew criticism for being too playful and forgiving of Trump. People were especially mad about the part where Fallon ruffled his fingers through Trump's hair.

In a new profile by the New York Times, Fallon opened up about the aftermath of his now infamous interview, saying he was "devastated" by some of the things people were saying about him.

"I'm a people pleaser," Fallon continued. "If there’s one bad thing on Twitter about me, it will make me upset. So, after this happened, I was devastated. I didn’t mean anything by it. I was just trying to have fun."