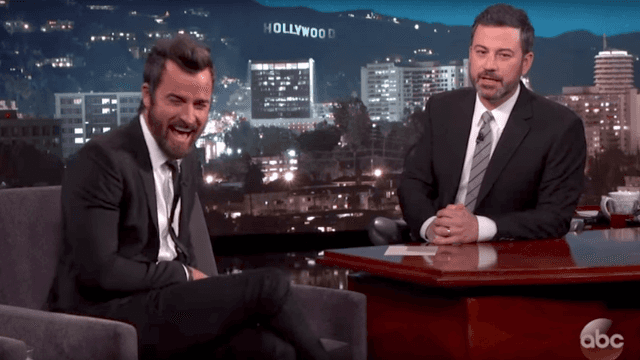 Jimmy Kimmel is well-known for his undying love of pranks, so it probably shouldn't come as too much of a shock that his famous friends occasionally find themselves fallen victim to one of his jokes. This time, it's actor Justin Theroux.

Kimmel is a big fan of Theroux's HBO series, The Leftovers, and wants to do his part to make sure it gets what it deserves at this year's Emmy awards. With the help of Theroux's wife, Jennifer Aniston, Kimmel got his hands on the keys to his actor friend's car while said actor friend was away on vacation.

Before he left, Theroux had received a recall notice on his vehicle, so while it was in the shop, Aniston helped Kimmel kickstart her husband's Emmy campaign by giving the car a little makeover.

Never give @jimmykimmel the keys to your car. #humbledouched #doucheybrag #thanks?