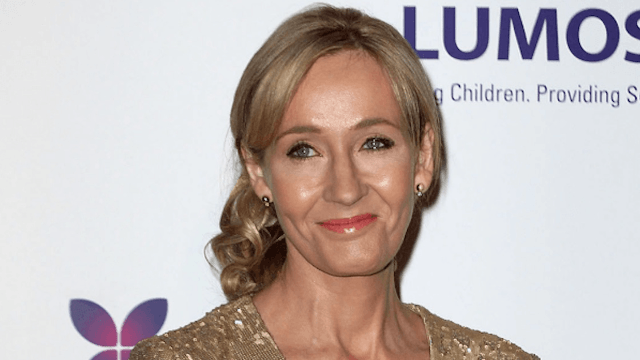 J.K. Rowling gave advice to her 1997 self and proved she hasn't changed.

In June 1997, according to Mashable, a thousand copies of Harry Potter and the Philosopher's Stone were published. That was J.K. Rowling's first book, and the first of many other Harry Potter titles to come. Just before that, Rowling had been having trouble procuring work as a teacher, and had been living on benefits, taking care of her daughter and trying to scrape by, all along trying to find time to finish the book she'd been working on in her head for so long.

If you could go back to your 1997 self tonight what would you say?

So when freelance journalist Jane Merrick tweeted "If you could go back to your 1997 self tonight what would you say?," J.K. Rowling definitely had an answer.

Stop worrying about the rent. Concentrate on your public speaking phobia. https://t.co/Rz9rBc246n