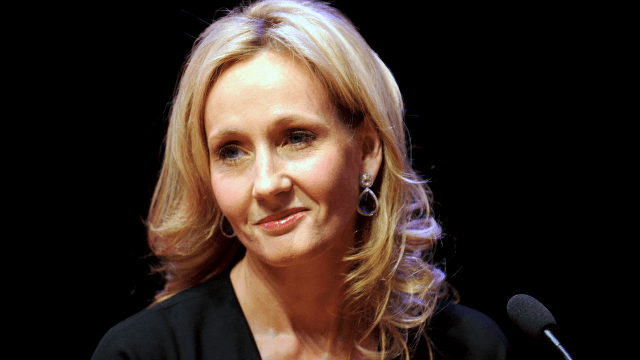 J.K. Rowling shuts down Trump troll who didn't bother to look up her bio.

It seems that the Twitter trolls will never learn not to mess with J.K. Rowling. This time, she took down a Trump supporter who clearly didn't take the time to read her bio.

Over the weekend, Rowling posted a quote from comedian Hasan Minhaj, who talked about Donald Trump in his speech during the White House Correspondent's Dinner.

Trump's reading of The Snake was meant to trash an old, inspiring idea of America. @hasanminhaj reminds us that @POTUS is not the country. pic.twitter.com/PIwo8i6RJA

The next day, a Trump supporter retweeted her, and said if she didn't like Trump, she should "get the hell out" of America and "move to Mexico or Canada."

Obviously, this person has never seen a Harry Potter movie or even bothered to look up J.K. Rowling's Wikipedia page. If they had, they'd probably be aware that the creator of the Wizarding World hails from the UK.