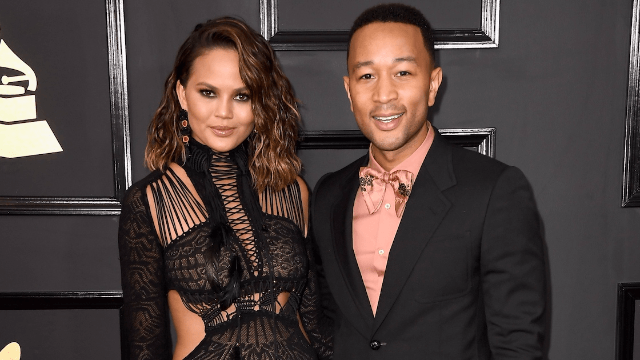 John Legend offers advice for anyone whose partner has postpartum depression.

John Legend and Chrissy Teigen have a fun relationship (just watch them getting drunk at the Super Bowl), but they've dealt with some tough stuff, too. John Legend recently opened up about being there for his wife as she struggled with postpartum depression.

Chrissy Teigen recently went public in an essay for Glamour magazine about her experience with postpartum depression after she had her baby, Luna.

"I'm so proud of her," Teigen's husband John Legend told E! News. He said he hoped her essay would help other women who were struggling with the condition feel less alone. Legend went on to say: