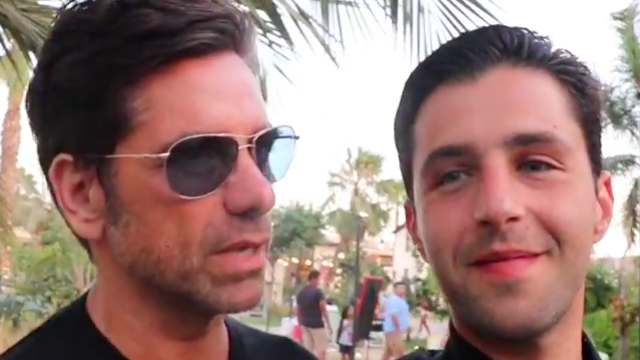 Josh Peck followed up last week’s YouTube video about his wedding with a new vlog...about his honeymoon. And John Stamos.

Josh kicks things off by noting that the best part about getting married is that you get to go on a big vacation. He intros the footage, saying, "so here’s my honeymoon that I took with John Stamos...because that’s normal."

He’s not even joking. There’s so much footage of Josh palling around with John, you barely notice his new wife was there too.

There are plenty of shots of their honeymoon paradise, including drone video of the beautiful beach, and footage of Josh acting like a total nerd, embarrassing his new wife at one point.

The video also includes some not-so-helpful advice from his friends, who think he should get fat again.