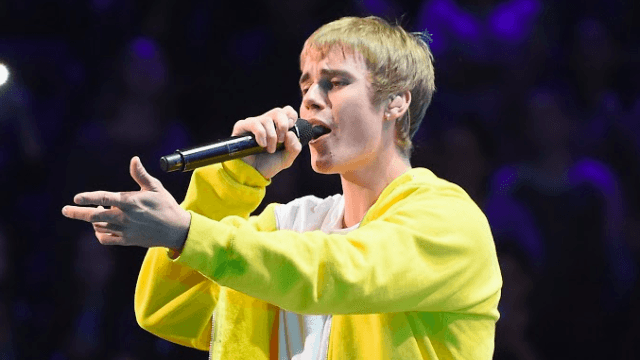 Justin Bieber admits he doesn't know 'Despacito'; gets pelted with a water bottle.

Justin Bieber's remix of Luis Fonsi and Daddy Yankee's song 'Despacito' has dominated the Billboard 100 chart for five straight weeks. But does that mean that Bieber knows the words? Surprise! No.

Bieber's verse on the song is in Spanish, and he admitted on a tour stop in Stockholm that he doesn't know the words well enough to perform it live. As if not knowing the lyrics to your own song isn't embarrassing enough, a fan then chucked a water bottle at him in response. We can't condone throwing things at Justin Bieber, but we would approve of, say, a strong lecture. This dude can't find ten minutes to memorize a song he's making serious $$$$$$ off of?

“I can’t do ‘Despacito. I don’t even know it,” he tells the crowd, which keeps cheering as if they think he's kidding and is going to burst into the song at any moment.