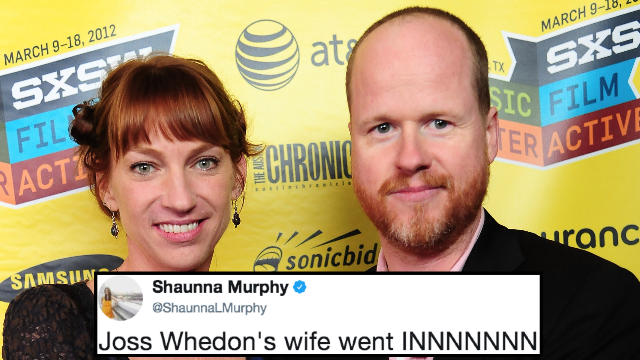 Screenwriter and producer Joss Whedon is often highly regarded for supporting feminist ideals in his television and film work. However, Kai Cole, Whedon's ex-wife, recently wrote a blog post for The Wrap that paints him in an entirely different light.

Whedon, known for his work on television shows Buffy the Vampire Slayer and Firefly, and Cole, an architect, were married for 15 years. In Cole's blog post, she explains that as their marriage ended, Whedon was "finally ready to tell the truth," and he revealed a slew of affairs to Cole. The first one started while he was running Buffy the Vampire Slayer, and they continued throughout the rest of their marriage. "Joss admitted that for the next decade and a half, he hid multiple affairs and a number of inappropriate emotional ones that he had with his actresses, co-workers, fans and friends, while he stayed married to me," Cole writes.