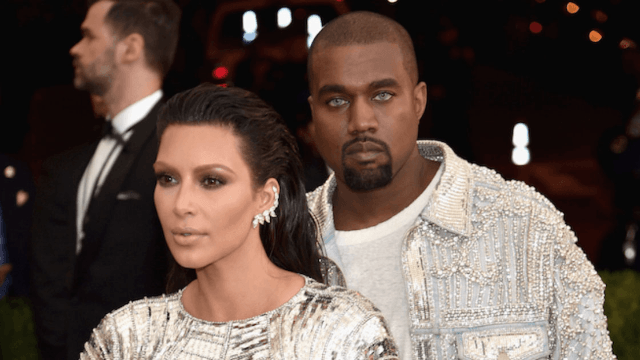 Kim Kardashian revealed how she greets Kanye West after every show. It's extremely Kanye.

Kim Kardashian and Kanye West (TM) want you to believe their post-show ritual is essentially a designer clothing advertisement, and you know what? I'm more than ready to believe them.

On her locked-to-the-public website KimKardashianWest.com, people who actually pay for access say that Kim Kardashian revealed the two things Kanye West wants from her after each show.

"After every show," says Kim Kardashian-West, "I always greet Kanye with a black Versace towel and a glass of water in a Versace glass. And there was a fun slushy machine in the friends and family room."

What a missed opportunity to plug Versace water. And is it a Versace slushy? Is it made of designer ice and designer jeans and leather designer jackets so fine they need 10 seconds in a blender to become a healthy, nutritional Versace vitamin crust you can inject by IV?

Kim Kardashian and Kanye West have reached true self-parody, and for that I congratulate them. Enjoy your time in the White House. See you in 2020.