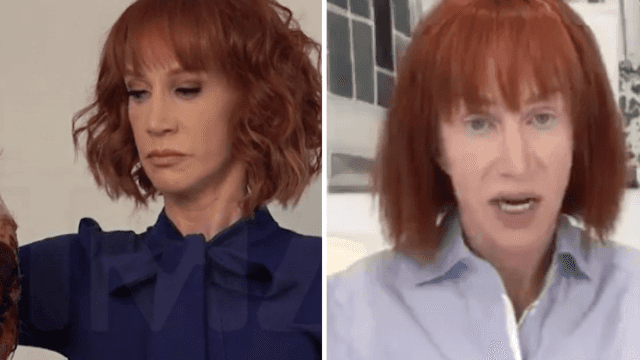 Kathy Griffin issued an apology on Tuesday after she posed for a graphic photo shoot featuring a bloodied, "decapitated head" meant to look like President Donald Trump.

On Tuesday, TMZ published images from Griffin's photo shoot with Tyler Shields and Griffin herself later posted a video from the shoot on Twitter.

In the video, Griffin anticipated the backlash, saying, "Tyler and I are not afraid to do images that make noise" and "We have to move to Mexico today because we're going to go to prison."