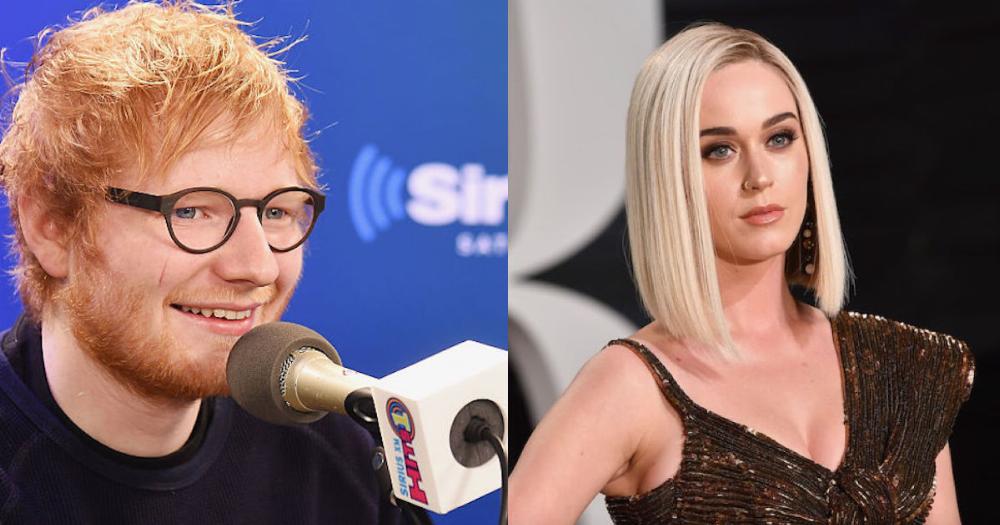 If Katy Perry and Orlando Bloom get back together, blame it on Ed Sheeran.

Just like you and your ex, Katy Perry and Orlando Bloom have quote-unquote "been in touch" after breaking up in February.

This weekend, they were in touch in person at that stronghold of romance, an Ed Sheeran concert. A source tells People that the two are keeping things casual: "They ended things as friends. They continue to be friends."

Here's Katy Perry exiting the concert last night. Orlando was walking right behind in the group of friends! I should've posted this 1 first pic.twitter.com/GYNnx8Kj0l

Another fan claims they were "holding hands and walking together!" which is essentially a marriage proposal, right?