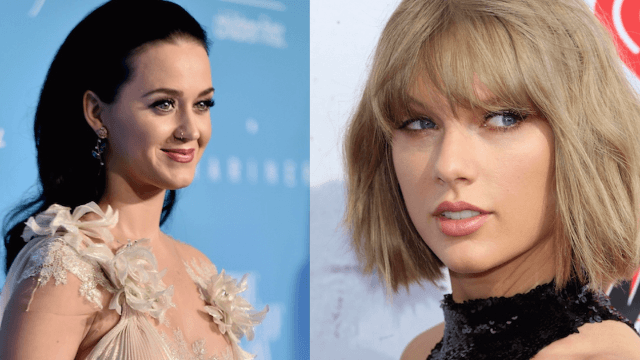 Katy Perry may have taken a subtle jab at Taylor Swift in her latest interview.

There's no question that Katy Perry and Taylor Swift have an on-going but quiet feud constantly bubbling under the surface. The shade has been relatively subdued since October, when Katy Perry shared a video of herself dancing to "Famous," Kanye West's Taylor Swift-shading anthem, but it seems the feud hasn't ended quite yet.

In a new interview with Vogue, Katy Perry seemed to call out celebrities like Taylor Swift who have stayed relatively silent about social and political issues. Perry said in the interview (in a way Vogue described as "pointedly"):

Many think this may have been a subtle jab at Swift, who has been famously quiet about politics. The only time she's really said anything is when she posted this Instagram on Election Day, urging her fans to vote.