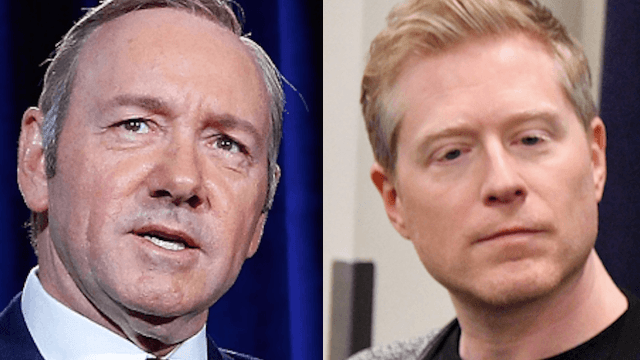 Kevin Spacey came out as gay while responding to allegations of sexual misconduct with a 14-year-old.

Actor Kevin Spacey apologized to fellow actor Anthony Rapp after a BuzzFeed article ran on Sunday in which Rapp accused Spacey of inappropriate sexual behavior when Rapp was just a teenager. In his statement, Spacey claims he doesn't remember the incident, but he also used his apology to come out as gay (after years of public speculation). Certain people on Twitter (and in real life, too, presumably) have taken issue with him using his apology for sexual misconduct with a young teen as an opportunity to come out as gay, because the two things are unrelated.

According to Rapp, in 1986, when Rapp was 14 and Spacey 26, Spacey invited him over for a party and ended the night by putting Rapp on his bed, climbing on top of top of, and making a sexual advance.