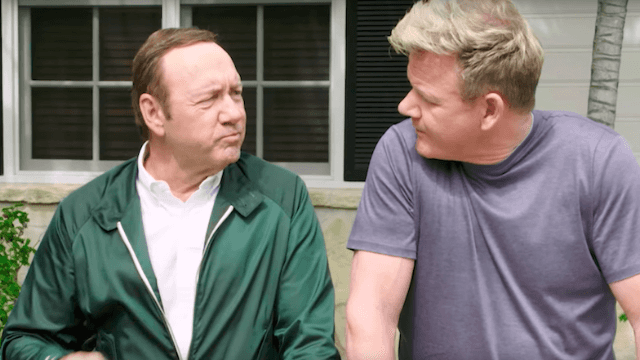 Kevin Spacey and Gordon Ramsay had a swearing contest, and it was f**king glorious.

Famed reality TV chef Gordon Ramsay is never one to mince words, which is probably why his new variety show is called The F Word. Kevin Spacey is an actor known for playing some pretty foul-mouthed characters. So perhaps it's not surprising that when the pair got together to shoot a promo for the series, it quickly devolved from an interview-while-cooking into a swearing contest. Spacey seemed most eager to drop his F-bombs, but Ramsay protested that his were better. At that point, Spacey had to show him how it's done.

Congratulations to Kevin Spacey, the only human to ever out-swear Gordon Ramsay. Maybe he could be the new sous chef in Hell's Kitchen?