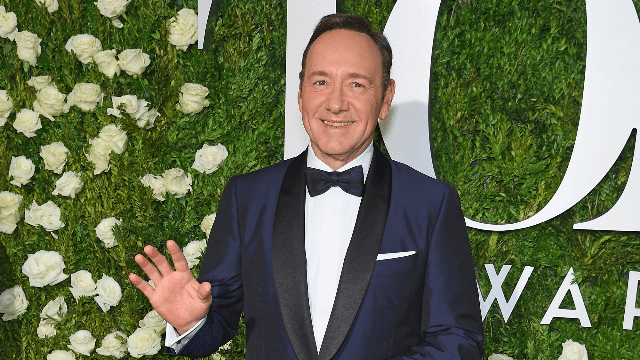 No one was expecting Kevin Spacey to host the Tony Awards this year (or any year), but host he did. In Spacey's opening number, he proved a full command of the Broadway geek — no shade — lingo we all expect from someone in command of the Great White Way's evening of the year. Oh, and he tap danced.

“I was their 2nd choice for Usual Suspects, 4th choice for America Beauty and 15th choice to host this year’s Tony Awards. I think my career is definitely going in the right direction,” Spacey joked in a statement ahead of the show. “Maybe I can get shortlisted to host the Oscars if everyone else turns it down.”

As the New York Times reports, just because Kevin Spacey isn't a typical Broadway actor doesn't mean he shies away from a good ol' fashioned song and dancer number. Aside from his opening song this evening, Spacey is also expected to close the show alongside Ms. Patti LuPone herself.