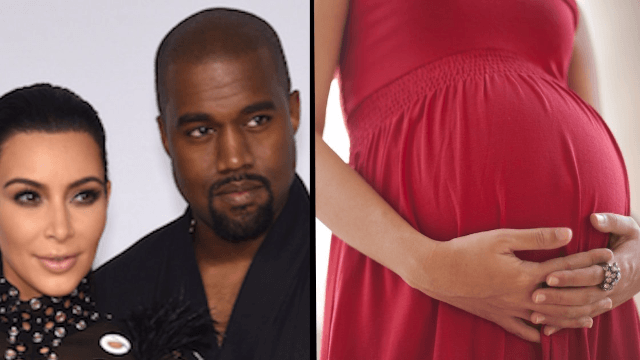 Although they haven't confirmed (or denied) it yet, it's been reported that Kim Kardashian and Kanye West are using a pregnancy surrogate to carry their third child. According to TMZ, the baby, a girl, is due sometime in late January. And it's not that Kardashian is too busy or vain to carry a child—she has a condition called placenta accreta which makes having another child too dangerous.

It was also reported that the woman carrying the child is getting paid 45,000, in monthly installments of $4,500. I don't know about you, but honestly, $45,000 to carry and deliver a baby for what has to be one of the wealthiest celebrity couples doesn't sound like much to me. Kim Kardashian probably drops $4,500 at Starbucks in a month. Why isn't the surrogate making the big (it's all relative) bucks?