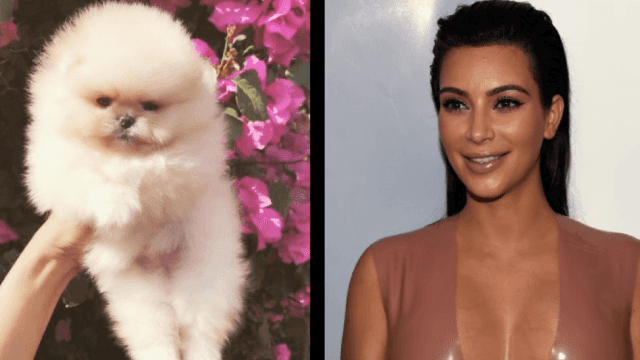 Kim Kardashian is letting Twitter chose North's new puppy's name via a poll, and the options couldn't be any more "Kim."

According to People, Kim and sister Kourtney recently adopted two sister puppies for their daughters, North West and Penelope Disick, respectively. Penelope ended up naming her fluffball "Honey," but it has been nearly 10 days and North still has not decided on a name.

Sister puppies for North & P! Penelope named hers honey. What should we name ours?

Come on, North! It's time to follow in your dad's footsteps and make this bitch famous. Literally.

My little Northie! This face 😍😍