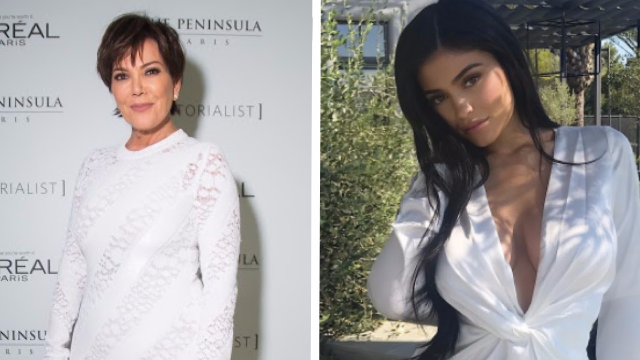 Kris Jenner gives a non-answer when asked about Kylie's pregnancy.

On Friday afternoon, the world learned that Kylie Jenner is (allegedly) pregnant. Everyone had something to say about it — except Kris Jenner.

Caught by a NY Mag reporter at Milan Fashion Week, the momager was in the wrong place at the wrong time and asked a direct question about 20-year-old Kylie's pregnancy. She deigned to answer, but didn't confirm the pregnancy.

Did you know the news was going to break while you were there about Kylie?

I just woke up this morning. She's not confirmed anything. I think it’s kind of wild that everyone is just assuming that that’s just happening.

So you didn’t know that rumor was going to happen?

Something happens every single day. You never know what is going to break at any moment.

You'll notice she also didn't not confirm the pregnancy.
While outlets like People and E! have confirmed the pregnancy, Kylie herself hasn't given a yay or nay. "It is an unexpected but completely amazing turn of events that she could not be more excited or thrilled about," said one source.