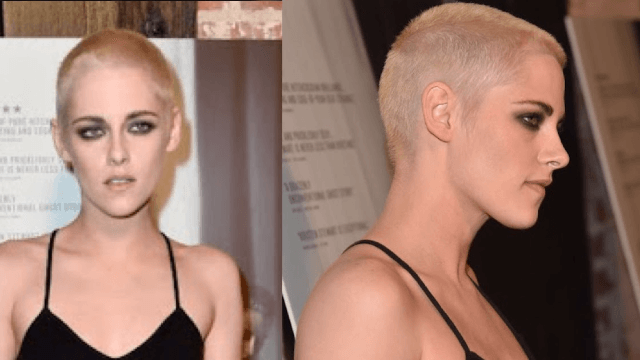 Kristen Stewart ditched her buzzcut for a new, 'traditional' hairstyle.

As recently as this spring, Kristen Stewart was making headlines for her game-changing buzz cut. After celebs like Zoe Kravitz, Cara Delevingne, and Kate Hudson followed suit, it was apparently time for Stewart to start the next trending style.

Stewart's new look goes back to her roots, with a brunette pixie cut that shows off her natural waves. Even better, the style is part of promo for her upcoming campaign with Chanel. To serve as the face of the new "Gabrielle Chanel" fragrance, Stewart ditched the buzz cut and grew out her roots for a more traditional look that still manages to be fashion-forward.

As the brand's press release photographer Karim Sadli shot the ad. "The new CHANEL fragrance named Gabrielle celebrates the extraordinary personality of its founder and conveys a very modern message inviting all young women today to live freely, by and for themselves," says the statement. "Talented actress Kristen Stewart immediately came to mind as the obvious choice to incarnate this courageous, valiant, bold, and impassioned femininity."

Anyone looking for inspiration for growing out a pixie will be able to see how the new cut moves in an upcoming campaign video directed by Ringan Ledwidge.

If you're thinking about making the buzz, don't worry, you still have plenty of other celebs to look up to.

"The Kristin" will just have to be renamed "The Amandla."