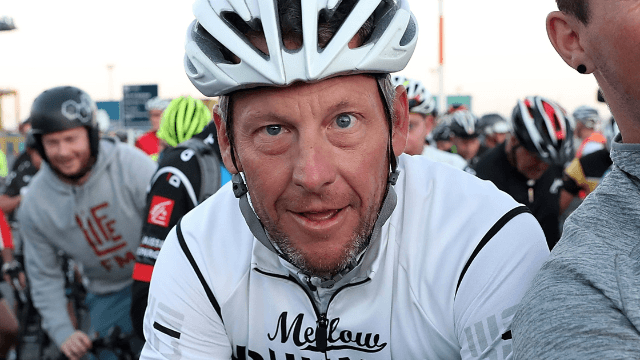 Lance Armstrong had the perfect response to a fake report of his death.

A very fake news story on Friday announced to the world that Lance Armstrong, famous cycler and performance-enhancer, had died after a secret battle with colon cancer.

Lance Armstrong ain't dead, so he did what most not-dead people do—he posted a video to Instagram.

"The rumors of my death are greatly exaggerated." - Mark Twain

Holding the hoax story on his phone, the camera zooms out to reveal a baffled Armstrong. "The rumors of my death are greatly exaggerated," wrote Armstrong, quoting Mark Twain.

It does not appear that Armstrong has been secretly battling colon cancer, or that any other detail in the fake news story was true.

The comments on Armstrong's post ranged from troll to troll to legitimate relief over the news that the 45-year-old is still alive.