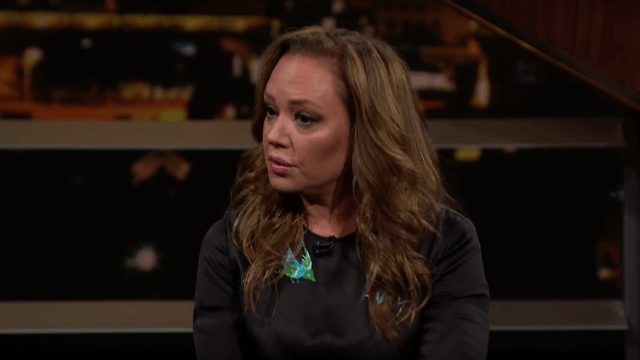 Actress and former Scientologist Leah Remini appeared as a guest on Real Time With Bill Maher on Friday to discuss her activism aimed at shedding a light on the cult and those who are victimized by it. Her A&E docuseries Scientology and the Aftermath explores how Scientology preys on people and what they are taught to believe, as well as why people are afraid to leave Scientology or speak out against it.

When Remini was explaining to Maher the rigorous studying that Scientology requires (she mentioned studying for at least two hours per day), Maher questioned whether or not A-list Scientology celebrities like Tom Cruise or John Travolta had to do the same. "Yes," Remini replied. She went on to explain that while certain rules are bent for him, which has led to claims of hypocrisy, that he does dedicate as much time to Scientology as other members of the group. "He could single-handedly end this," Maher said, meaning the entire existence of Scientology. "He could end this," she agreed.