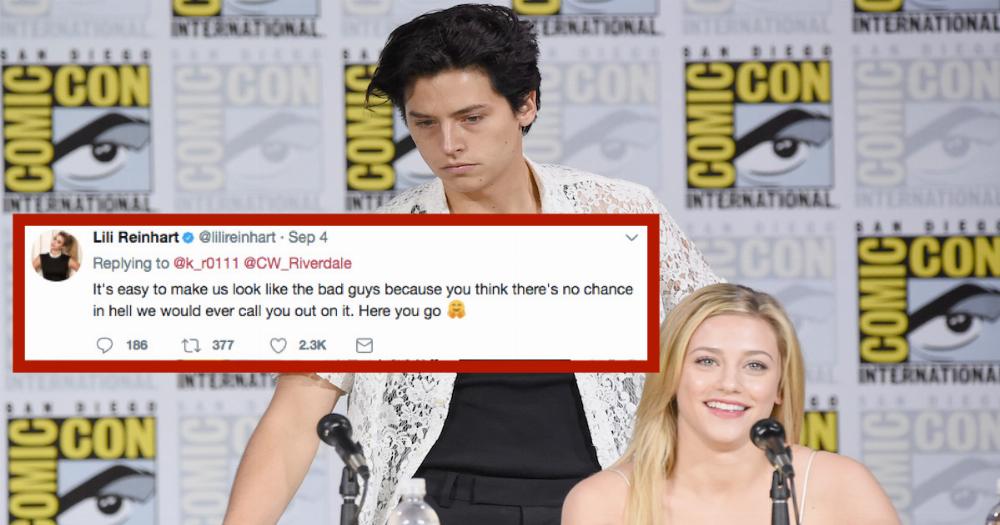 Lili Reinhart dragged a fan who was rude to Cole Sprouse on Twitter.

Betty and Jughead aren't just on-screen sweeties. Riverdale's Lili Reinhart and Cole Sprouse are dating IRL, and the world just learned that Lili is willing to go to the mat for her man.

The cast is on location shooting at the moment, and last night they reportedly went out in downtown Vancouver. Naturally, they encountered a few fans — one of whom was inebriated enough to approach Cole. Cole didn't engage with her, and she reportedly took to Twitter to vent her frustration.

The fan's tweets are now protected, but Refinery29 has the transcript of her attempt to call out the Riverdale cast. "basically moral of the story [is] downtown vancouver is trash and the cast of @CW_Riverdale are disgusting and rude," she allegedly tweeted. "i just wanna say F--K RUDE PEOPLE, don't become a celeb if u want privacy, u get paid for having fans so respect them or be nice at least."