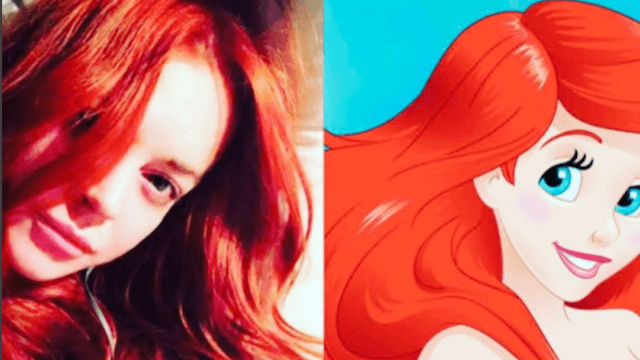 Lindsay Lohan wants Disney to cast her as Ariel in a live-action remake of 'The Little Mermaid.'

Lindsay Lohan might not have acted in a major theatrical role since 2013's Scary Movie 5, but she's got a little idea brewing. She wants to play Ariel in a live-action remake of Disney's animated classic, A Little Mermaid, because, duh, have you seen her hair?

And sure, Lindsay Lohan hasn't put out an album (her first and last) since 2004, but come on, have you even seen her hair?? It's red! Like Ariel's! On Sunday morning, Lohan took to Instagram to post a side-by-side photo of her and the Disney princess. Originally, the caption outlined her plan for bringing her idea to fruition, but now the scheme has been replaced with a simple and uncontroversial "#thelittlemermaid." According to EW, the original caption read, "I will sing again, as #ariel #thelittlemermaid [if] @Disney approve that #billcondon directs it," referring to the director who helped bring musical films like Chicago and Dream Girls to life.