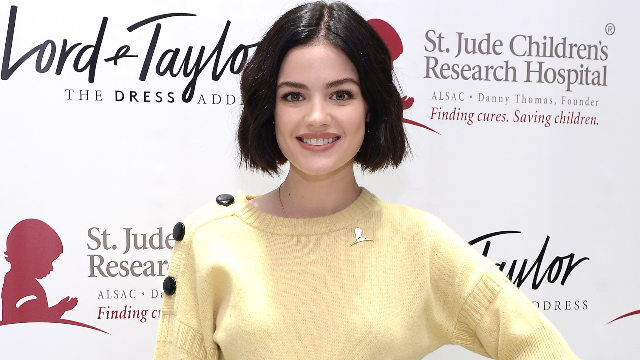 Pretty Little Liars' Lucy Hale reportedly spent Golden Globes weekend recovering from a burglary. According to Teen Vogue, Hale's San Fernando Valley home was robbed on Friday, with $15,000 worth of items stolen from her home. Thankfully, Hale was not home at the time.

Robbers smashed through one of Hale's front windows and stole her most expensive items, like jewelry and handbags. Hale will likely discover more missing items after a thorough examination of her belongings, meaning she may have lost even more than $15,000. (The silver lining, we suppose, is that she was rich enough to have $15,000 worth of bags and jewelry in the first place.)

Police reportedly believe her home was randomly targeted, and not a specific attack due to her celebrity.

Hale has not yet publicly commented on the crime, but she has posted unrelated Instagram photos since Friday. Maybe she's trying to move on, or... maybe she's sending a subtle message to her robbers with those jailbird pinstripes.