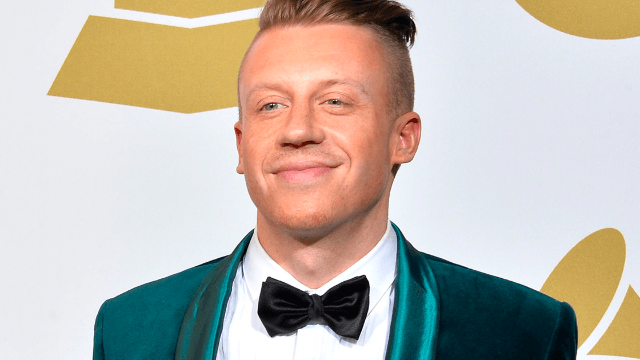 Macklemore got a new haircut and he promises Twitter this one isn't racist.

Macklemore's standing with three things here: His producer, Ryan Lewis, on the left. The four Grammys he would actually apologize to Kendrick Lamar for winning, in their hands. And the a haircut that would come to identify the alt-right, on his head.

you mean this one pic.twitter.com/MvWkOJ8dFl

It was the official ss and hitler youth haircut well before macklemore came around.