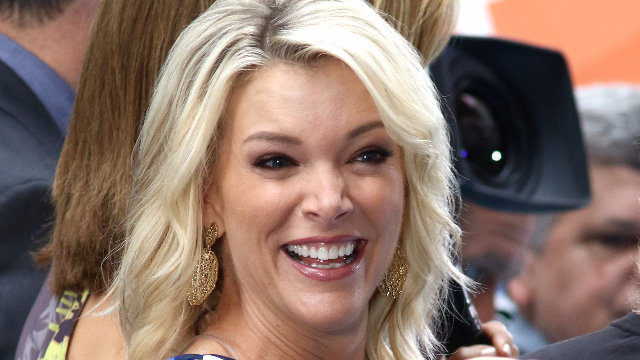 Week 1 of Megyn Kelly Today could have definitely gone better. See: Exhibit A (the cast of Will & Grace), Exhibit B (Debra Messing), Exhibit C (Jane Fonda), and Exhibit D (a cursing cameraman).

And unfortunately for Megyn Kelly, week 2 is also off to a rough start. As pointed out by Jezebel, a segment Tuesday morning featured Tom Brokaw, legendary NBC news anchor. Questions were opened to audience members, and a man asked Brokaw: “With the tragedy that happened in Las Vegas, we’re constantly bombarded with the news day and night. When does this become harmful to us and our children?”

Brokaw responded by discussing the NRA's role in America's lax gun control laws. He also tried to tell the audience how we can fight for stricter laws.

We are where we are because of the power of people who wanted these kinds of guns, and the NRA managed to organize them and get them as a political force in America. So the question is, if you’re not happy with what has happened, your individual obligation as a citizen is to organize on the other side. And that’s possible as well. The NRA has a lot of money, obviously, and if you’re running against the NRA, and a lot of the western congressional districts for example, you’re portrayed as a traitor to America...you’re not in favor of people who have weapons, and that's after all how the country started.* We’re a long way away from that second amendment in which we said that a well regulated militia is important to our country. I think that we have to step up, and...speak up...