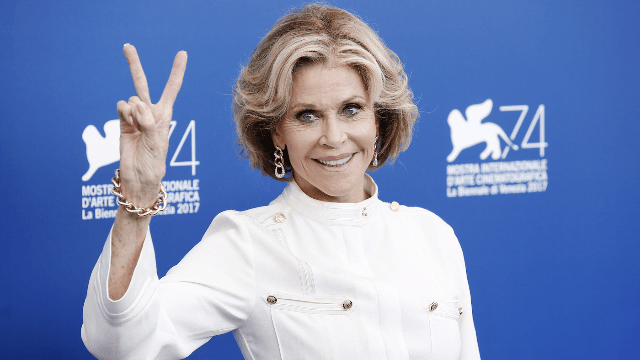 Jane Fonda had an iconic response when Megyn Kelly rudely asked about her plastic surgery.

While interviewing the cast of Will & Grace Monday morning, Kelly made a few comments that people dismissed as homophobic–Debra Messing included. And later this week, while interviewing Jane Fonda and Robert Redford to promote their new Netflix film Our Souls at Night, Kelly struck again by turning the conversation towards Fonda's plastic surgery.

"You've been an example to everyone in how to age beautifully, and with strength, and unapologetically," Kelly told Fonda. "You've admit you've had work done, which I think is to your credit, but you look amazing. Why did you say–I read that you said, you felt you're not proud to admit that you've had work done. Why not?"