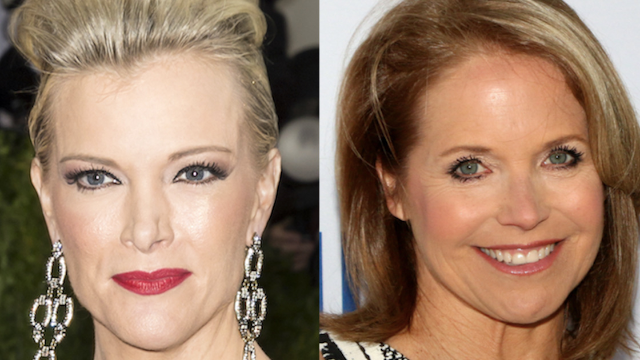 Megyn Kelly allegedly 'threw a fit' over Katie Couric getting to host the Olympics.

NBC has offered the job of anchoring February's Winter Olympics opening ceremony to Katie Couric, which, according to Page Six, led to Megyn Kelly throwing "an Olympic fit."

When she signed her $23 million per year contract with NBC, Kelly apparently demanded that she not be forced to do "special events" like the winter games in Pyeongchang, South Korea.

But prior to his departure in November, Matt Lauer had usually handled coverage of special events, so Kelly figured that she was next in line to get his assignments, on principle. That was clearly not the case, since the gig went instead to former Today co-host, Katie Couric.

That allegedly made Kelly angry, enough so that she "complained to her staff, she complained to her agent, so that [NBC News chairman Andrew Lack] would hear about the fact that she was unhappy, but he didn’t care," the source told Page Six. The insider also said that Lack has come to realize that Kelly is "a diva" and that "she's not going to be part of the NBC News . . . inner circle.”