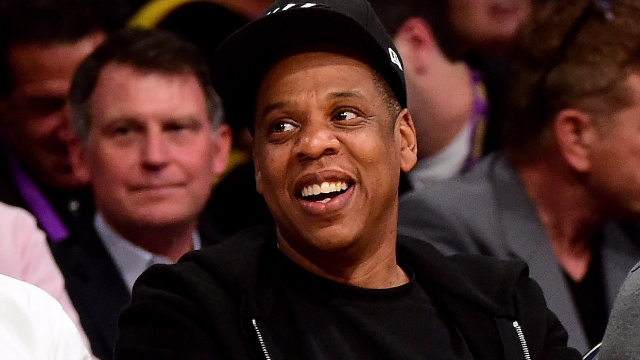 Merriam-Webster trolls Jay-Z for cheating on Beyoncé with hilarious word of the day tweet.

Merriam-Webster is back at it again. We already know the dictionary loves to troll the president with its Word Of The Day tweets, but this time it's set its sights on a different public figure: Jay-Z.

In case you missed it, Jay-Z dropped his new album 4:44 on Friday. In the album's title track, the rapper admits that he did in fact cheat on his wife Beyoncé, as she alluded to in her 2016 album, Lemonade.

After news spread that the Jay/Bey cheating rumors were true, Merriam-Webster posted the following tweet:

"'Fidelity' is the #WordOfTheDay," the dictionary tweeted, along with a GIF of Jay-Z awkwardly backing out of a room. LOL.

The good people of Twitter loved Merriam-Webster's shade. (How could you not?)