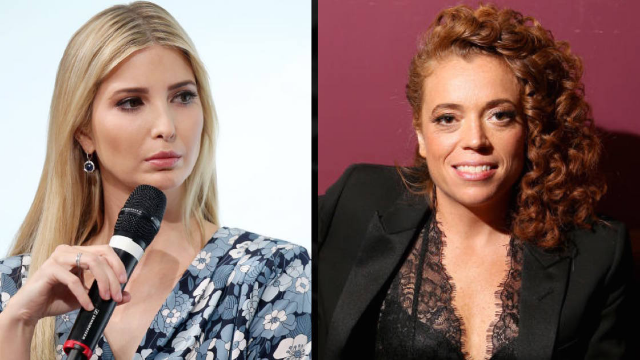 Michelle Wolf compared Ivanka Trump to herpes and it caused an outbreak of conservative rage.

Comedian Michelle Wolf is causing conservatives to meltdown after making jokes about their princess, Ivanka Trump.

On the most recent episode of Netflix's The Break with Michelle Wolf, the comedian takes aim at the first daughter in a series of roasts that makes being called a "feckless c*nt" seem like a compliment.

Wolf started off by saying that she disagrees with the republican's call for "civility," stating:

"These politicians, these people that we’re expected to be civil to, our public servants that we elected to do a job… they work for us. You can’t just casually harass these people. You have to insult them specifically. 'You’re a c---' doesn’t hurt them. It’s on their vision board."

And insult them specifically is exactly what she did. She then went of to give very specific instructions on how to best troll Ivanka Trump.