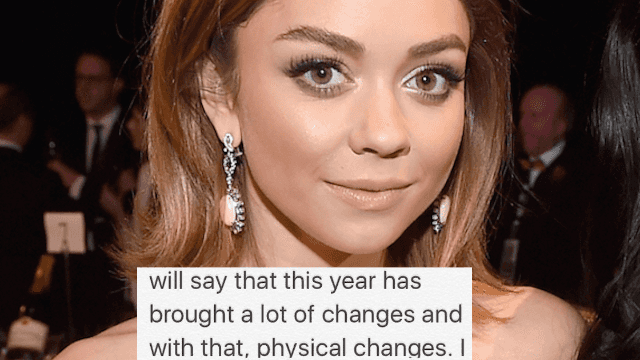 Celebrities complaining about being called "too skinny" is an issue that is very hard for many of us Americans to empathize with. But let's try for a second.

Modern Family star Sarah Hyland took to Twitter yesterday to respond to internet commenters who have deemed her "too thin" and are telling her to "eat a hamburger" and accusing her of "promoting anorexia."

In an epic rant (two parts, many pages), the 26-year-old actress explained that she hasn't had "the greatest year" and has had some health problems that have resulted in "physical changes." She can't work out, has "basically been on bed rest for the past few months," and is taking a steroid medication called prednisone.

"I have been told that I can't work out. Which, for me, is very upsetting," she wrote. "I am not a fan of 'being skinny'. Which many of you have told me that I am too much of."