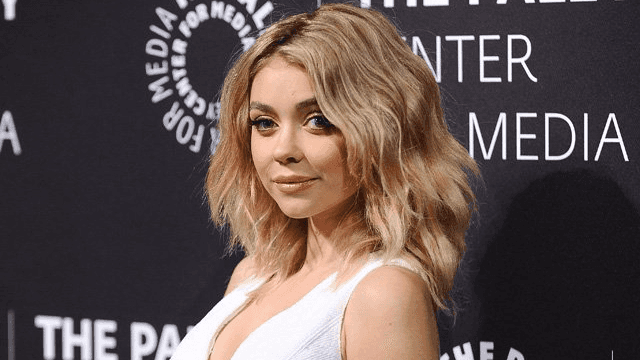 Annie (1999) was one of my favourite movies when I was little. Today I realised this is @Sarah_Hyland #mindblown pic.twitter.com/oCFOfKU544

Sarah Hyland is 26 years old, and probably best known for her role as Haley Dunphy on ABC’s Modern Family, which premiered in 2009. She snagged the role of the 15-year-old at the ripe young age of 18, only two weeks after moving to Los Angeles. At first casting directors didn't even want to see her because she was so much older than what the role called for. However, after her agent did some convincing, and casting directors saw her headshot, she read for the part and nailed it. Sarah has always looked younger than her age, but she embraces her ‘baby face’, and uses it to her advantage, by snagging roles that would normally go to a younger actress.