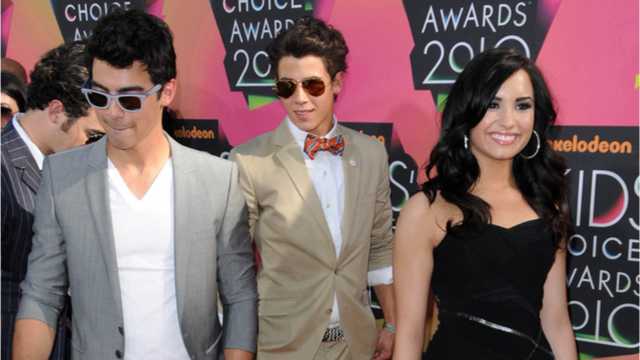 The ninth anniversary of the Disney Channel classic movie Camp Rock was yesterday, and it appears the stars were together to celebrate!

Demi Lovato, Joe Jonas and Nick Jonas celebrated the movie that basically made them household names by hanging out together on a yacht. In Cannes. Like you do.

Demi and Joe noted the anniversary on Twitter, with Demi thanking the Disney movie's success for kick-starting their careers in a huge way and Joe pointing out the hair. Oh, that hair.

9 years of camp rock?!!!? Time flies by so fast. Thank you Disney for the beginning of such an incredible journey. ????

9 years of #Camprock ? I am starting to feel old! P.S. what's going on with these hair choices? ? pic.twitter.com/1PwdYhVttK

The trio are currently in Cannes for Cannes Lions International Festival of Creativity 2017, where Demi promoted her YouTube documentary Demi Lovato: Simply Complicated and Nick spoke at the “Hitting the Right Notes with Brand Partners” panel. Of course they met up for a little fun, which they shared on Snapchat and Instagram. Fans were thrilled, to say the least.