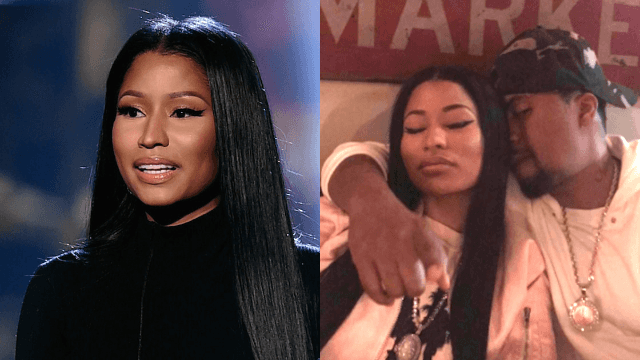 Nicki Minaj finally revealed what's going on between her and Nas and it sounds complicated.

Nicki Minaj appeared on The Ellen DeGeneres Show today where the talk show host grilled her on the rumors of a relationship between her and fellow rap legend, Nas. Minaj revealed just enough to let us know something is definitely going on between these two. And whatever it is, it sounds complicated.

Twitter has been shipping the duo ever since Minaj broke the internet with this cuddly Instagram pic last week:

And today, when Ellen showed Nicki the above photo said it looks like "it’s happening" between the rap icons, Minaj responded:

He is the king of Queens, and I’d like to think I’m the queen of Queens. And so, he’s a rap legend. I have a lot of respect for him. And he’s kind of cute, too!