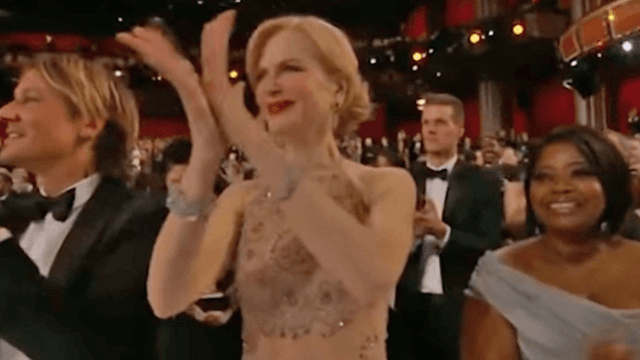 Nicole Kidman has a pretty reasonable explanation for her super weird clapping.

There was so much craziness at the 2017 Academy Awards ceremony, what with the announcement of the wrong movie for Best Picture and all, that we almost forgot about Nicole Kidman's bizarre seal-clapping. But now the actor has spoken out about just why she was clapping in such a strange fashion. The reason? Her Harry Winston ring.

It was really awkward. I was like, "I wanna clap, I don’t wanna not be clapping"—that’d be worse, right? Like "Why isn’t Nicole clapping?" So therefore I’m clapping but it was really difficult because I had a huge ring on that was not mine—but it was absolutely gorgeous—and I was terrified of damaging it.