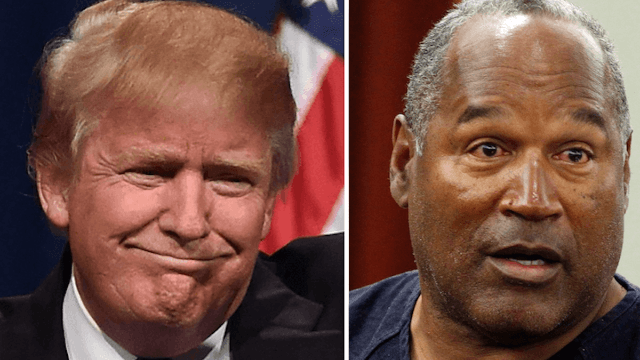 O.J. Simpson and Donald Trump used to be friends. No one's surprised.

For those of you who didn't know or don't remember, O.J. "the Juice" Simpson and Donald "The Donald" Trump used to be friends (whatever "friends" means to either of them). It's not really very surprising, if you think about it, since both of them were very famous, rich, and powerful men in the 90s.

In fact, they were such buddies that O.J. had a framed picture in his home of Trump, taken in October 1993, according to Complex, at the opening of a now-defunct restaurant. The picture features Trump, his young daughter Ivanka, and former baseball player Keith Hernandez (weird crew).