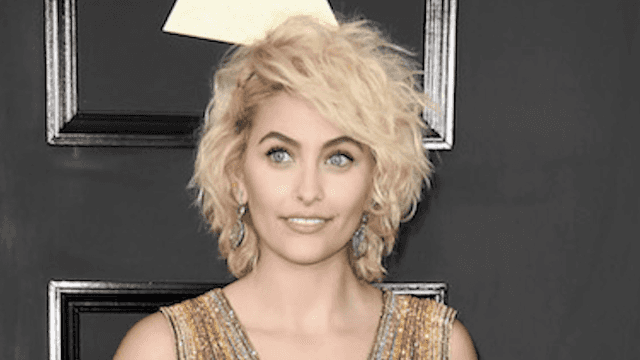 Paris Jackson's new tattoo 'Applehead' honors her father and might be the sweetest one yet.

Paris Jackson, 19, has a growing collection of tattoos, and she just got a new one, in honor of her late father, Michael. On June 25, the eighth anniversary of her father's death, the model got the word "Applehead" inked on her foot. She posted a picture of the tattoo on Instagram, along with the caption, "With every step I take, you lift my foot and guide me forward. love you."

with every step i take, you lift my foot and guide me forward. love you 🍏

Applehead was the affectionate nickname given to Jackson by his kids and friends.

This isn't the first tattoo Jackson has gotten to commemorate her father. She has the word "Bad" inked on her hand, in the same font as on Michael Jackson's album cover.