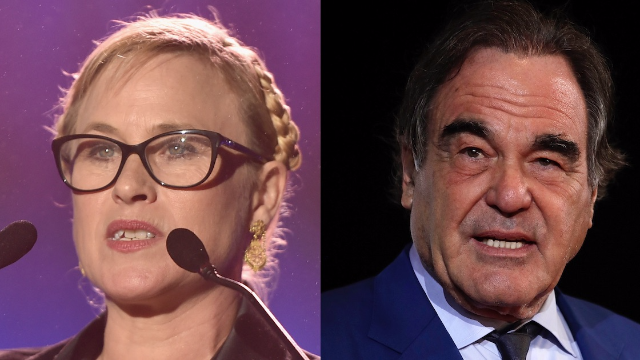 This has been a week full of awful news about sexual harassment, and it's depressing and exhausting. But the one good aspect that's coming of it all is that people are feeling safer about coming forward with their own stories of being sexually harassed by people in positions of power. Ending the silence is the first step to ending the harassment.

Actor Patricia Arquette tweeted a story about an incident she had with film director/producer Oliver Stone. In a series of tweets, she tells the story of how Stone wanted her to do a movie years ago. The two met and talked about the movie, which was sexual in nature, but the meeting itself was "professional."

THREAD 1/ Years ago Oliver Stone wanted me to do a movie.We talked about the Material which was very sexual.The meeting was professional.