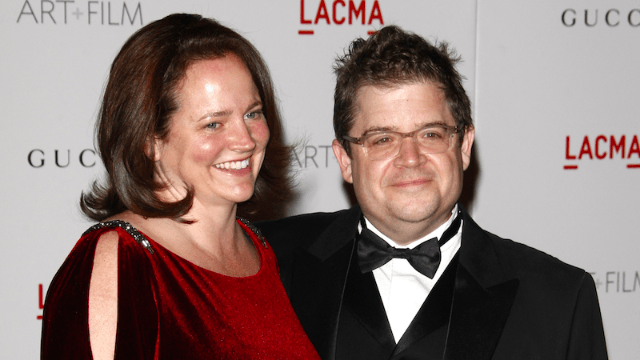 Patton Oswalt revealed the cause of his wife Michelle McNamara's death.

Comedian Patton Oswalt, well-known as one of Twitter's most acerbic troll-baiters, has often over the past year struck a more somber tone in remembering his late wife Michelle McNamara, who unexpectedly died in her sleep in April 2016 at the age of 46. This Friday, he was able to confirm her cause of death.

"We learned today the combination of drugs in Michelle's system, along with a condition we were unaware of, proved lethal," Oswalt said via a publicist's statement. The drugs in question were the prescription medications Adderall, Xanax and fentanyl. These, in combination, exacerbated McNamara's undiagnosed cardiac condition, which had created arterial blockages in her heart. Still, noted the Hollywood Reporter, "Los Angeles coroner's Lt. David Smith said McNamara's cause of death remains listed as pending."

Oswalt and McNamara had a daughter, Alice, who is now 7 and by every indication following in her true-crime writer mom's footsteps.