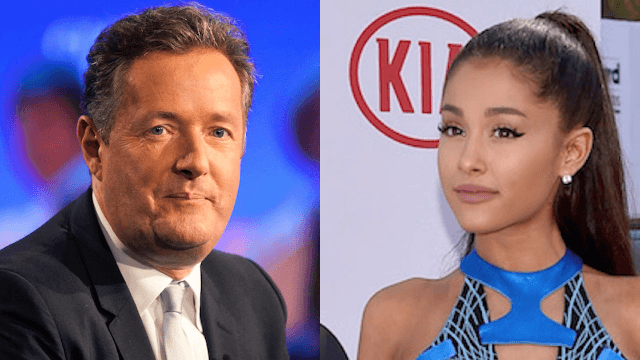 Piers Morgan reprimands Ariana Grande after Manchester bombing and no one is having it.

Piers Morgan, professional big mouth with a foot in it, has decided to share his thoughts on what he thinks Ariana Grande should have done in the days since the terrorist attack at her concert in Manchester, England on Monday night.

According to TMZ, Grande was "in hysterics" after learning of the bomb that went off at the end of her show, killing 22 people and leaving many others injured. That night, the distraught singer tweeted out this message to the victims and their loved ones:

Then on Tuesday, she canceled the rest of her tour in the wake of the tragedy and was pictured arriving home in Boca Raton, Florida.

We can imagine she was probably traumatized and wanted to be home. And yet Piers Morgan, who no one asked for his thoughts on the subject, tweeted that he thinks Ariana Grande should have stayed in England and visited the victims in the hospital. Because this is what the Queen (who lives in England and also this is part of her job) did.