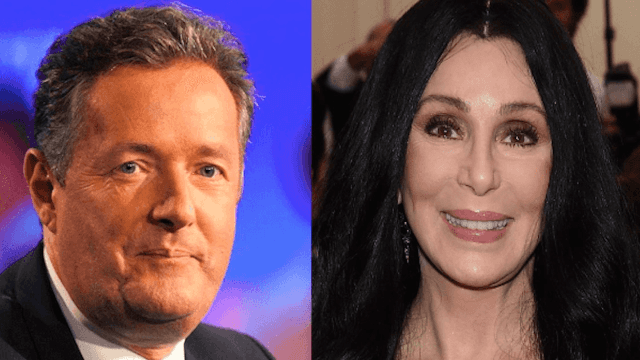 Surprise! Piers Morgan has a problem with Cher's 'inappropriate' boobs.

Piers Morgan is definitely not a fan of the revealing outfit Cher wore on Sunday night to perform at the Billboard Music Awards. Cher, who just turned 71, wore an outfit consisting of sparkly rhinestones, a blond wig, one pasty, and not much else, to perform her hit "Believe." On Monday morning's Good Morning Britain, Morgan said of Cher, "She’s a grandmother, it’s like for goodness sake, put it away, grow old gracefully, put them away.”

Cher received the Icon Award on Sunday night, and gave her first awards show performance in 15 years, according to The Sun.

Morgan's co-hosts, Susanna Reid and Kate Garraway, disagreed with Morgan, saying that they thought Cher was aging "beautifully," to which Morgan responded, “I think her [plastic] surgeon’s probably working over time.”