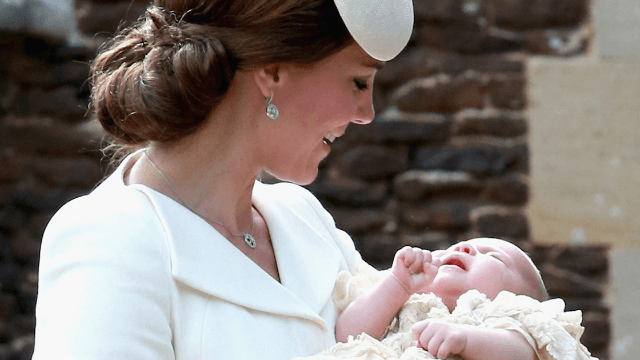 Princess Charlotte looks like such an adorable big girl in her new birthday photo.

How time flies! Princess Charlotte, the daughter of Prince William and Kate Middleton (the Duke and Duchess of Cambridge) is turning two years old on May 2. One day ahead of her birthday, Kensington Palace released a birthday picture of the wee princess, looking absolutely adorable (I guess the terrible twos don't kick in until later).

The Duke and Duchess are delighted to share a new photograph of Princess Charlotte to mark her second birthday tomorrow 🎈 pic.twitter.com/0Xftc3EFPz

The sweet photo was taken by Charlotte's own mum, Kate Middleton, according to the BBC. Responding to the flood of kind words and birthday wishes, the Palace issued a statement saying:

The Duke and Duchess are very pleased to share this photograph as they celebrate Princess Charlotte's second birthday. Their Royal Highnesses would like to thank everyone for all of the lovely messages they have received.

This is a big month for the little Princess—not only is she turning two, but on May 20, she'll be a bridesmaid in her aunt Pippa Middleton's wedding to James Matthews, according to Refinery29.