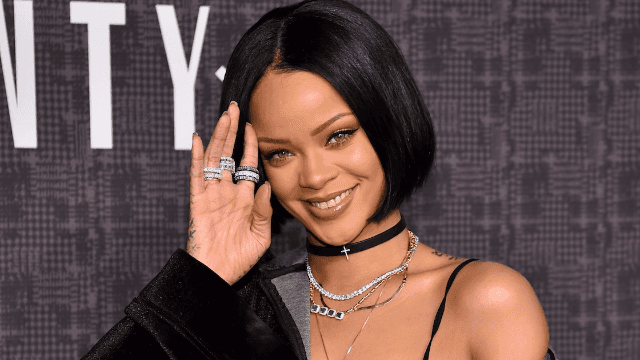 Rihanna claps back at body-shamers with a perfectly crafted meme.

Last week, a male blogger took it upon himself to comment on the fact that Rihanna has gained some weight recently. (Because it's totally his place to do that!)

Is Rihanna going to make being fat the hot new trend? https://t.co/DnFdi9AZy3 pic.twitter.com/r6jed6wRiQ

The blogger, Chris Spags, wrote in his article that he feared other women would follow Rihanna's weight gain "trend" and even included an "In Memoriam" for the singer's more slender frame. (Can I get the world's biggest eyeroll?) The piece originally appeared on Barstool Sports on May 30, but has since been taken down.

While many social media users rose to Rihanna's defense, RiRi herself has been largely silent on the issue. Until now.

On Monday, Rihanna posted a meme to her Instagram that features side-by-side photos of hip-hop artist Gucci Mane. The text reads: "If you can't handle me at my 2007 Gucci Mane you don't deserve me at my 2017 Gucci Mane."