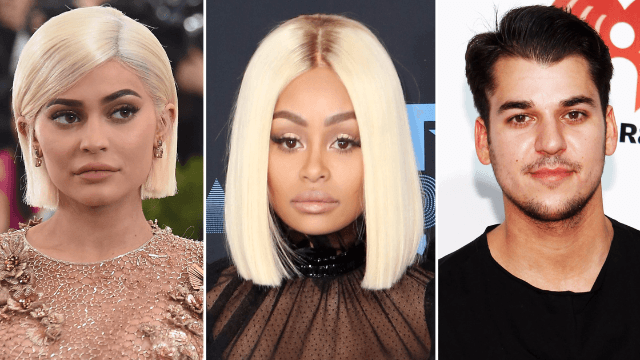 In the latest chapter, Kardashian and his sister Kylie Jenner have filed a lawsuit against Blac Chyna for "battery, assault and vandalism," according to People. The outlet claims to have obtained court documents detailing the suit, which explain exactly why they are suing Kardashian's former fiancée.

Kardashian alleges that on the night of the incident, which was in December 2016, Blac Chyna "consumed a significant amount of drugs and alcohol" and that she was “carelessly playing with Rob’s gun unaware if the gun was loaded or if the safety was on.” Shortly afterwards, Blac Chyna allegedly "lunged towards Rob with an iPhone charging cable and attempted to strangle Rob with the cord around his neck"–a charge Kardashian has come forward with before–and “repeatedly struck him in the head and face.” Oy vey.