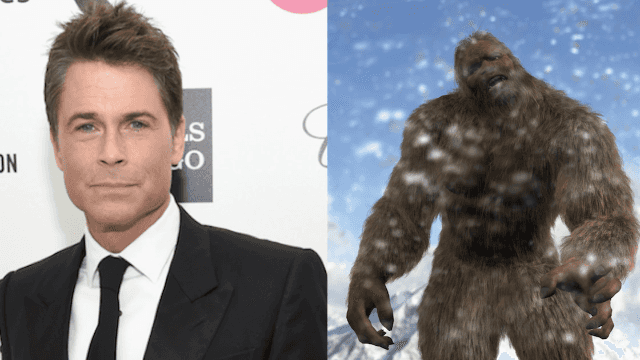 Rob Lowe believes he had an 'incredible encounter' with Bigfoot.

Okay, you're going to want to sit down for this. Rob Lowe, star of movies and television, sex tape scandal-haver, aging hunk, and former Democrat turned conservative, has a new show where he goes searching for paranormal occurrences. The A&E show, called The Lowe Files, will also star his two adult sons, and possibly Bigfoot.

Well, not Bigfoot, exactly. Lowe told Entertainment Weekly that he had an "incredible encounter" with the Ozark version of Bigfoot or Sasquatch, called the wood ape. Lowe added, “I'm fully aware that I sound like a crazy, Hollywood kook right now."

That's okay, though, because that's exactly what he wants. What better promotion for a TV show is there? In the interview with EW, Lowe admitted, "I’m excited to see this blow out [online] and see people be like, 'Rob Lowe lost his mind!'" (To be fair, it probably won't be the first time people have said that.)