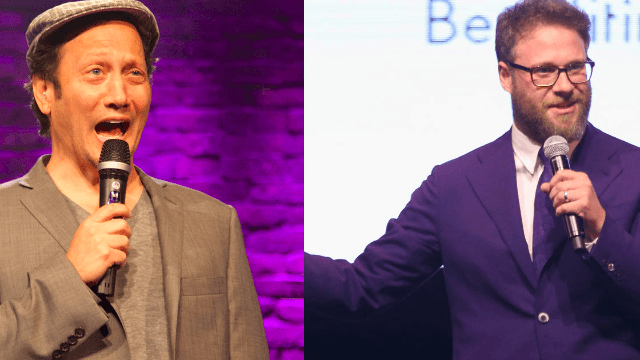 Rob Schneider has Twitter beef with Seth Rogen, and no one can figure out why.

There are classic Hollywood feuds — Bette and Joan, Katy and Taylor, Kim and Taylor, Nicki and Taylor — and then there's Seth Rogen vs. Rob Schneider.

Over the weekend, Rogen realized that his fellow comedian was blocking him on Twitter. Instead of shooting him a text, or asking a mutual friend, Rogen chose the 2017 way of confronting an issue and shouted the whole thing out on Twitter. "What the fuck?!" he captioned a photo of Schneider's timeline, which he apparently isn't lucky enough to be able to read.

Rogen went in hard on the part of the Twitter feed he could see — a photo of Schneider sitting with his family.

Why does he seem so appalled to be sitting with his own family? pic.twitter.com/v7Udqq1Yz2